A prepper is something like a survivalist, only maybe not quite so extreme. I don’t think your average prepper is considering doomsday too seriously. They aren’t throwing their life savings into billboards when the latest “prophet” predicts the end of the world. A prepper is your average person preparing for real situations that may require a little extra food and supplies on hand. There are several reasons for someone to adopt this lifestyle. Real-world emergencies and disasters, saving money, unexpected guests, and yes, there’s always “the big one”.

In May of 2011, there was a lot of buzz about Harold Camping. You might remember several billboards going up announcing Judgment Day. As most people suspected, the date came and went and nothing major occurred. The average prepper isn’t overly concerned about Harold Camping, or Y2K, or things of that sort. They’re concerned with events like Hurricane Katrina, the 1997 New York blackout, the 2011 Japanese earthquake, or the 2004 Indian Ocean tsunami. They are concerned with being ready for the kind emergency that happens regularly. Events like car accidents, earthquakes, evacuation, floods, food shortages, house fires, hurricanes, mudslides, pandemic, power outages, riots, tornadoes, tsunamis, wildfires, or winter storms. Emergencies pop up all the time. If no one was prepared for any of them, the outcomes would be a whole lot worse.

Another reason for stocking up is savings. Not to encourage my young mover, but I am obsessed with chili. I love it, and I make it fairly often. It didn’t take me long to figure out that the canned beans, tomatoes, and spices I use to keep on the shelf for a long time. And if I buy them on sale or in bulk (like at the local warehouse discount store) I can save a lot of money. Some times as much as 50% of the cost! That rule applies to just about any goods that have a longer shelf life. Generally, the more you are willing to buy at one time, the cheaper it is.

It doesn’t hurt to have a little extra on hand when someone else comes up in need. There are a dozen or so opportunities for me to give to food drives every year. Our local high school will take cans of food in place of the entrance fee for sporting events. If friends or relatives stop by unexpectedly, it doesn’t hurt to have some extra supplies on hand. That way you have more time to visit rather than running to the store. And it’s always good to have something to help out our neighbors when they fall on hard times.

And yes, there is always that small chance that the economy might collapse, war could break out, a meteor could strike the earth, etc. I personally don’t focus on it too much, but when you look at history and/or start crunching the numbers it’s kind of scary how possible some of these events are. Just watch the news. It always feels like we are on the brink of some major financial crises. How many Americans would have benefited from a few cans of Mountain House freeze-dried food during the Great Depression?

So with all that in mind, a few extra cans of beans and rolls of paper towels didn’t seem quite so odd. You never know when a real disaster, or the unthinkable, will occur. And even if they never do, it’s good to have a little extra on hand to help your fellow man. And it never hurts to save a few bucks. Of course next, I’m unpacking the guns and ammo. I’m sure I’ll have a new article to write about that. 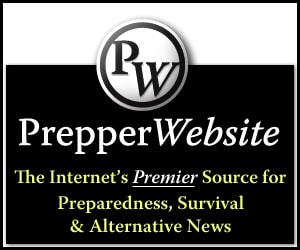 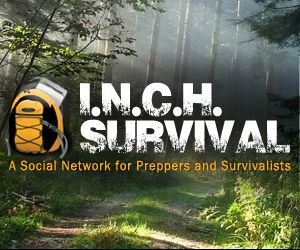